Out of Stock; Have one to sell? 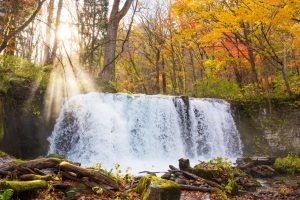 An incredibly rare print by Ito Takashi, we’re unable to find any copy of this print having come for sale; the only instance we can find is from an original Watanabe catalog. Crisp, beautiful color, this print was apparently stored behind another print within a frame… just waiting to be rediscovered and appreciated.

This oban-sized woodblock is in excellent condition; spectacular color, detail, and contrasts. This print had been stored in a way completely out of sunlight. Clean margins and a clean verso. 6mm Watanabe publisher mark in the lower corner.

Ito Takashi (伊藤孝之, 1894-1982) was born in Hamamatsu in Shizuoka Prefecture, studied art at the Tokyo School of Fine Arts, and was a student at the private school of Kiyokata Kaburagi. Kaburagi was the master of nihonga painting in traditional Japanese style. Kaburagi knew the publisher Watanabe Shozaburo well and his painting class developed into something like a “talent pool” for Watanabe who was looking for excellent young artists who wanted to work for him.

Takashi became one of the artists working for Watanabe. He made about 50 landscape prints for the publisher in the 1920s (with the first in 1922) and the 1930s and also after the war. Watanabe considered Takashi Ito as one of his “upper league” designers like Kawase Hasui or Ito Shinsui; their works were mostly published in Oban or larger formats.

The landscape prints by Takashi are reminiscent of German 19th century paintings and prints, full of lonely romanticism. Like Kawase Hasui, also Ito Takashi shows seldom more than one person in his designs, creating an eerie and sentimental mood when contemplating a Takashi print. The style in which Takashi Ito prints were created looks more like brush stroke paintings than typical Japanese woodblock prints with a lot of color gradation instead of plain even color areas that are so typical for classical Japanese ukiyo-e – it required highly skilled carvers and printers to produce Takashi Ito prints. An incomplete list of his work found here.